How To Choose Fresh Foods For Your Diet (Part 2) - 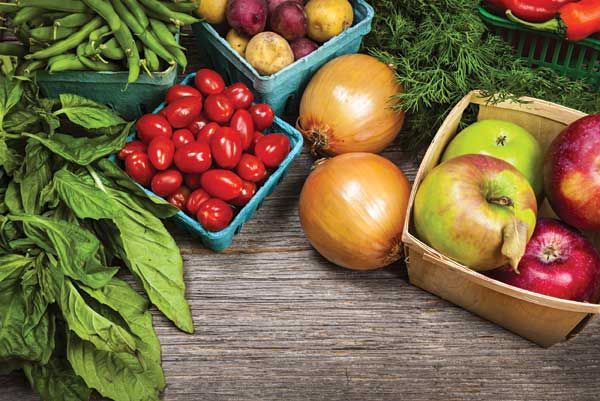 In our last article, we have explained how you can pick the best fresh produce available in the market with a few simple tips, & now we continue by further exploring more food choices.

Lentils
One of the safest foods to be consumed, it’s impossible to accelerate the growth of lentils with chemicals. Lentils also play the role of the good guy that helps fertilizing the soil.

Milk/Yoghurt
Avoid pasteurized milk as they have filtered out the good and bad bacteria within. Unless you’re lactose intolerant or diagnosed with diabetes, it’s recommended not to choose skim milk as the nutrients is depleted.

Nuts
Readily shelled and packaged nuts are best avoided, as they’re often loaded with salt and preservatives. One of the most important nutrients found in nuts is Omega-3, and going through the process of adding additional chemicals into it will diminish the value you get from it. Hey, it’s a hassle to shell the nuts yourself, but you’re guaranteed to get the full nutrients out of it.

Oats
Oat is the strong guy that can grow regardless of the condition, so the chances of them are contaminated is less due to the lack of pesticide.

Onions/Parsley
Similar to other plants, choose those that are grown organically.

Poultry/Pork
A large portion of them is grown in a congested shed, and most of them are slaughtered at a young age. The environment and the foods they ate (wheat) make them an inferior choice compared to pasture fed animals.

Partridge/Pheasants
Most lived in an unconfined environment and have free access to green pastures, so you have no feared over consuming their meat as there are no real fakes.

Sausages
Low quality sausages are filled with preservatives, collagen, skins, intestines, and even bones from different animals. The healthier version is made using the natural process of lacto-fermentation that helps preserve nutrients inside the meat.

A good sausage should consist of at least 90% real meat. Even though it’s much more expensive to go for high quality sausages, it’s definitely recommended as more than half of the ingredients that made up those low quality sausages are fillers.

Spelt
Largely grown without the use of pesticide, so there’s nothing to worry about it.

Strawberries
They are prone to diseases, so farmers will often spray a lot of pesticides just to make sure it grows. Avoid berries that are other than red colour, as they’re not ripen. Touch it to make sure it feels firm, and wash it repeatedly to get rid of those pesticides.

Tomatoes
Do not be fooled by the bright red colour of the skin, as most of them have been sprayed with lots of pesticides to keep the skin smooth. They’re capable of retaining most of the nutrients even though they’re canned, so you can give it a try if organic tomatoes are not available in your area.

Venison
One of the rare animals that’s fed with grass for the majority of its life. Nothing particularly to be worried about.