How To Get Rid Of Pregnancy Fat - 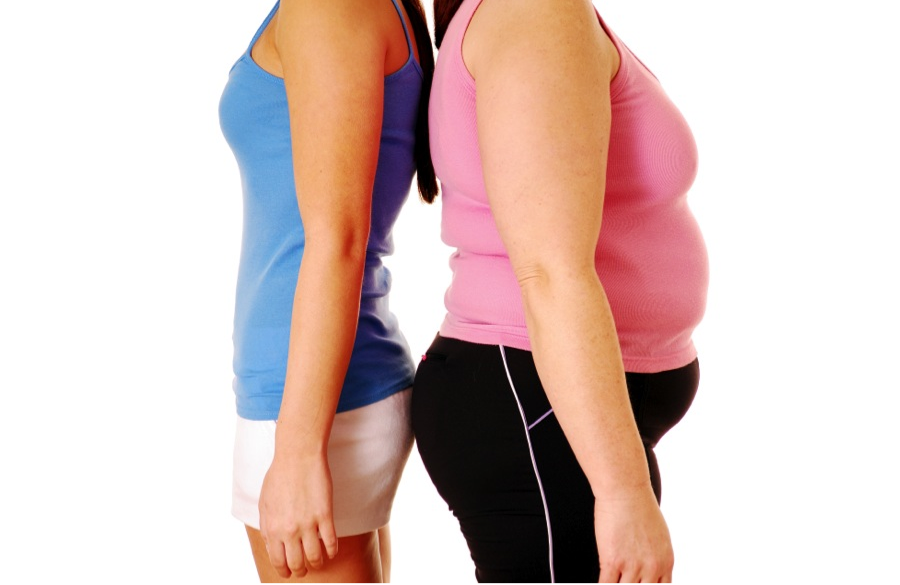 No such thing as pregnancy fat; you CAN lose the weight!

Many women who’ve had several pregnancies insist that their stubborn excess weight is the result of having babies, when nothing could be further from the truth.

Have you ever told someone, while patting your muffin top waistline, “I have a good excuse for being plump; I’ve had three kids!”? Is more than one pregnancy supposed to ruin a woman’s physique? Or is this just a myth?

The myth basically is that several pregnancies will cause permanent fat gain, or, to put it another way, the body fat will be exceedingly difficult to lose.

The medical research world has not shown that having babies permanently disrupts a woman’s metabolism. In fact, weight gain (in the form of fat) is the result of a very simple law: the law of thermodynamics:

If you take in more calories than you burn, you will gain excess body fat.

Multiple pregnancies do not create a situation in which the fat, that’s stored in fat cells, can no longer be used efficiently by the body. Pregnancies also do not increase the quantity of fat cells. Fat cells shrink, enlarge, and shrink again, as a result of the amount of incoming calories relative to energy expenditure of the body.

So why does it seem that obesity or moderate overweight correlates with having children? Here are some truisms:

Few people would disagree that a link exists between number of pregnancies and number of pounds on the scale. But is this link directly caused by pregnancies? Or is it related to lifestyle? Some women will even blame their surplus of body fat on pregnancies happened decades ago.

Weight Gain During Pregnancy
Various dynamics are at play when it comes to eating habits during pregnancy.

Stress. Some women will over-indulge during this very exciting time of their lives—for reasons unrelated to sustenance and even odd cravings. “I’m eating for two” becomes a convenient excuse to “break down” and polish off an entire family sized bag of potato chips in one day. The emotional stress of the pregnancy can drive a woman to eat beyond the point of satiation.

Chemistry. Low blood sugar (hypoglycemia) from the pregnancy can induce hunger and cause a woman to overeat. The odd cravings, too, can add a lot to the daily caloric intake.

Reduced physical activity. Though there are women in the advanced stages of pregnancy who continue diligently working out, many women, even very early on in the pregnancy, will “take it easy” to the extreme, even though they are not under their obstetrician’s orders to avoid exercise.

Though exercise is endorsed for pregnant women by the American College of Obstetricians and Gynecologists, and though it’s a fact that exercise produces many benefits for expectant women (e.g., dramatically reduces risk of gestational diabetes and complications during labor), many still believe that pregnant women should avoid exercise at all costs.

According to the Mayo Clinic, recommended pregnancy weight gain for a woman who is of “normal weight” pre-pregnancy is 25-35 pounds. For women who, pre-pregnancy, are “obese” (body mass index of at least 30), the recommended gain is only 11-20 pounds. However, it’s common for obese women to gain significant amounts of weight throughout a pregnancy.

The appropriate weight gain during pregnancy needs to go somewhere. Some of the weight gain of course goes to the baby. Suppose a baby at birth weighs 7-8 pounds. According to the Mayo Clinic, the remainder of normal pregnancy weight gain goes to:

Six to eight pounds for fat storage! There is no medical need for a woman’s weight to “balloon up” during pregnancy, let alone stay that way years later.

The REAL Mechanisms Behind “Pregnancy Fat”
The link between pregnancy and excess fat gain, including post-pregnancy, is associative, not causative.

#1. Altered dietary habits during pregnancy are difficult to break. Pregnancy can cause a lot of hunger, leading to increased caloric intake. Further, pregnancy can provide, as already pointed out, psychological reasons to overeat.

After many months of enjoying extra large portions of high calorie comfort foods, a woman can find it exceedingly difficult to return to her pre-pregnancy eating habits.

Solutions: Make a concerted effort to stick to plant-based eating and portion control, limiting sugars, saturated fats and processed foods. Eat for sustenance and energy, not because of non-hunger-related cues like stress or watching TV.

#2. A new baby (plus additional kids) means more housework and thus, missed exercise sessions. Time for structured cardio and strength training may seem difficult to find, but not if it’s a big enough priority.

A busy mom of four would easily find the time to accurately count a seven-foot high stack of crisp $10 bills every day if she knew that she’d get to keep it if she counted the correct amount. It’s all about priority. The time for exercise is there; one just needs to make it important enough.

#3. The more children in the house, the more junk food too. Many moms feel that a home isn’t complete without ice cream, cookies and other junk foods always on hand. A woman ends up eating these items; her once healthier diet has now gone down the tubes.

Solutions: Remind yourself that it’s no healthier for kids to eat junk than it is for adults. Lay down the law and keep junk food out of the house.

#4. Finishing kids’ plates for them. It’s quick and easy to eat off kids’ unfinished plates rather than hassle with preserving the leftovers, and spares the guilt of “wasting” food by throwing it out.

Solution: Remind yourself that it’s more of a waste to put someone else’s uneaten high calorie, non-redeeming food into your body, especially when you’re not hungry, than it is to toss it in the rubbish.

What about exercise during pregnancy?
The American College of Obstetricians and Gynecologists (ACOG) endorses exercise right up to the ninth month, with physician approval and written guidelines, and as long as it doesn’t cause symptoms like dizziness or nausea, or has a fall risk such as with horseback riding.

The most effective form of fat burning exercise is also one of the safest for pregnant women: weight lifting. Strength training can be done while seated, and does not involve jarring, bumpy or erratic motions.

There is no medical reason why the typical, apparently healthy expectant woman cannot engage in strength training as long as she adheres to ACOG guidelines. It’s perfectly safe to start an exercise program during pregnancy, with physician approval, though it is not recommended that a pregnant woman use this time to ramp up intensity levels.

Powerful Weapons for Getting Rid of Pregnancy Fat, Any Fat
Eat less. Though it sounds simplistic, it works: If you must have a home-baked brownie, eat one, then push the pan away hard.

Eat natural. If man made it, don’t eat it. If it grew in the ground, eat it. Live by this rule. Eat plenty of fish, plus poultry, grass fed beef and wild game. Restrict processed meats and sugary foods. Limit fast foods and frozen dinner type foods, as these can trigger hunger. Avoid artificial sweeteners; these too can increase hunger.

Do HIIT twice a week. High intensity interval training involves alternating brief, all-out cardio efforts of 15-30 seconds with 1-3 minutes of easy pacing, over a 20-30 minute period. Twenty minutes of HIIT will leave metabolism accelerated for many hours, whereas 60 minutes of steady state (fixed pace) cardio will not have this effect.

Lift weights. If you’re already doing this and still struggle with excess body fat, make these changes: 1) Do mostly compound exercises, 2) Lift heavy enough so that 8-12 repetitions are difficult; if you can do 13, increase the resistance, and 3) Employ progressive resistance.

Following this 1-2-3 formula will result in significant fat loss. Compound exercises work several muscle groups at once, and the leaders are the deadlift, squat, leg press, bench press and pulling movements.

Light weights and high reps won’t cut it. If you can do more than 13 reps, the weight is not heavy enough to incite maximal fat burning. You won’t bulk up with muscle; you’ll de-bulk excess body fat.

Take your hands off the treadmill. Holding on significantly reduces workload, and the treadmill’s calorie readout is grossly inflated because it’s based on the computer program setting only. This common blunder will stop fat loss dead in its tracks.

Nature intended moms to be lean, swift and fit, to keep up with their kids. It goes against the logic of nature that multiple pregnancies should lead to permanent obesity or even moderate overweight.

If you’ve been struggling with your weight seemingly only after having children, it’s time to take a hard, intense look at what lifestyle factors are causing this problem and what changes you can make.