Why You Should Eat Cruciferous Vegetables (And How To Cook It) - 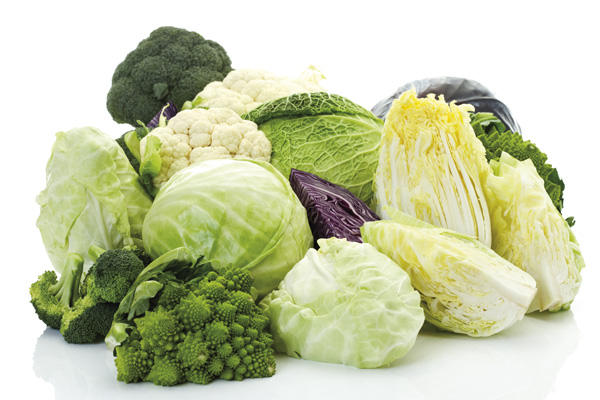 Ever since you were a kid, your parents have been telling you not to put those veggies aside, but have you ever wondered why they insist to put those foods in your mouth?

Plenty of research has been conducted on smokers to analyze the methylation in their lunge tissue cells, and the results have shown that the content was lower in those who include more leafy green vegetables in their diet plan.

What Is Methylation and Why Is It Important?
Methylation is a process where it involves the addition of a four-atom molecule to a gene. Any modification of human DNA, regardless of addition or reduction of the methyl groups, is linked to increased risk of cancer. The modification doesn’t happen overnight; it’s only through years of exposure to toxin that will cause the damage.

While all vegetables contain plenty of micronutrients and phytochemicals, Vegetables such as cabbage, broccoli, and bok choy have a unique chemical composition, which allows them to convert the sulfur-containing compounds within them into isothiocyanates (ITCs) – a powerful component to help combat cancer and boost your immunity. These vegetables are also known as cruciferous vegetables.

For general health, it’s recommended to have 5-9 servings of fruits and cruciferous vegetables in a day to prevent prostate, breast, lung, and colorectal cancer among adults.

Also, they are richer in nutrients compared to other vegetables, as they are high in carotenoids (beta-carotene, lutein, zeaxanthin); vitamins C, E, and K; folate; and minerals, not to mention the amount of fiber that helps in controlling your weight.

More Benefits of Eating Cruciferous Vegetables
– Folate involves in DNA repair and the methylation of DNA, which helps in reducing the production of the bad DNA
– Chlorophyll can bond with chemicals from nicotine or burnt meat that are known to produce carcinogenic chemicals.
– Glucosinolate release glucose and breakdown products, which is exclusively produced by cruciferous vegetable.
– Isothiocyanates and indole-3-carbinol enhance the productivity of enzymes to help prevent the cancerous changes in the cells.
– Metabolite diindolelmethane (DIM) helps convert estrogen and other hormones into forms that are easier to be excreted from our body.
– Nrf2 produces a variety of protective compounds to protect you from diseases.
– Sulforaphane helps prevent the development of cancer by potentiating the tumor inhibit genes in precancerous cells.

How To Prepare Cruciferous Vegetables
Raw is the best option to preserve the nutrients, as cooking it for too long will destroy the myrosinase enzyme, but if you don’t like eating it uncooked, consider these following alternatives :
a. Blend, chop, juice, or puree before adding them into soup
b. Slightly cook it before it turns mushy
c. Steaming instead of microwaving

Combined the veggies with the other superfoods can help in strengthening your immunity without sacrificing your palette.

Keep in mind that nutrients are distributed separately in different anatomical parts, which may explain why you should consider eating the whole plant raw rather than cooked. Furthermore, different parts may have different cooking period that’s optimal to maximize the nutrient content.