Intensity Building Techniques: Not for the squeamish! - 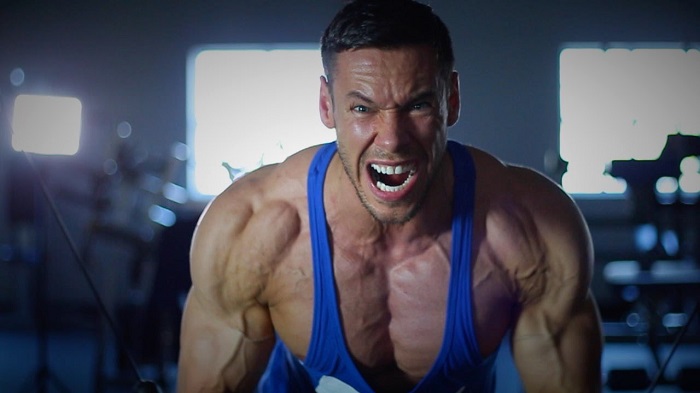 Just about every beginner to the world of physique development learns about the standard 3 x 10 approach: “Do three sets of 10 repetitions per muscle group.” Many people stay with this plan for years, wondering why they don’t look like the buff individuals in fitness magazines. Though there is nothing wrong with the 3 x 10 approach, it can get very old and stale for men and women who want more than just muscle tone and a few pounds lost.
|
This is where advanced training techniques come in. Not only can advanced training techniques knock a person’s body out of a plateau groove and accelerate more progress, but it can also do wonders for the mind.

The latest gimmick nowadays is for personal trainers to have their clients doing all sorts of funky looking routines. Other gym-goers witness this and assume that these balance-based stunts will expedite strength or muscle gains and accelerate fat loss.

People of all body types at gyms across Malaysia can be seen doing weird things such as standing on one foot while curling dumbbells or pressing them overhead, or kneeling on a stability ball while performing rows on cable equipment.

Though a lot of wobbling is involved, these gimmicky moves are not advanced training techniques and will not speed up fat loss or muscle growth.

Previously we have done a piece featuring advanced techniques such as supersets & dropsets, and now we will teach you few more intensity techniques that will guarantee to push you till the limit.

Compound Sets
This is a form of superset, except that both sets involve the same muscle group. Examples are bench press to pushup; pull-up to lat pull-down; bar dip to rope press- down; and barbell squat to leg press.

One muscle group receives an onslaught of stimulation, providing for a high volume of training and fatigue. This is the recipe for hypertrophy. The first set can be done with one’s heaviest resistance, but that second set will require reduced weight, relative to what you’d normally use if that second set were a first, fresh set.

Trisets
These are a triple superset, such as a horizontal chest press to chin-up to leg curl; any combination goes.

Depending on the exercises chosen, these can be brutal, such as a deadlift to bench press to pull-up. Trisets should be done only for a few routines in a single session.

Negatives
The release, lowering or down portion of a lift is called the negative (eccentric phase). This is when most muscle fiber damage occurs. There are two forms of negative training.

One is that of doing a very slow negative (about five seconds), right from the start of the set. The second is performing only the negative, at a standard tempo, but receiving assistance with the positive or concentric phase (the push, pull or lift) because this phase is too heavy right from the start or soon after starting the set.

Depending on the routine, negative training with assistance requires a partner. Single-dumbbell curls do not, for obvious reasons. Leg presses, too, can be done without assistance, as you can push your legs up with your hands and then work just the negative.

The more effective version of negative training is to use as resistance that’s too heavy to move concentrically without assistance right from the start.

Negatives are particularly useful for the bench press, leg press, lat pull-down, dumbbell press, leg extension, leg curl and barbell curl. It will also hasten a person’s ability to perform their first true pull-up or chin-up. A fine rule of thumb is to use a 2-3 RM for a set of 10 negatives, to spur greater muscle breakdown. Negative training can make you very sore 1-3 days out.

The easier that a partner can spot you, the more effective the negative training will be. Thus, spotting for a seated chest press will be very easy and efficacious, while you shouldn’t even think about performing negative deadlifts or free barbell squats (and even tracked barbell squats, for that matter).

Partial reps will hurt like mad when applied to the leg press and squat, and they’re no picnic with shoulder presses, either.

A partial rep can be done in the top half of the movement or in the bottom half. The bottom half is where it kills, and in fact, this is really the only worthwhile point to do them.

Partial reps leg pressing on the floor equipment would mean bringing the sled all the way down as far as possible, spreading knees out so that the thighs do not get stopped by your chest; knees are at armpits.

Go as deep as you can without the sled touching the bottom of the equipment, feet flat on sled. Then push the sled away, but stop at about the halfway point, when your knee bend is 90-100 degrees and hold for a solid 1- or 2- count, then lower as deep as possible again. As you progress into the set, your quads will start searing (if you have the right amount of resistance).

For shoulder press, push the weights up only halfway or a little more, hold 1-2 seconds, then bring back down. The rep range for partials should be 8-12 RM with 45-75 seconds in between. This scheme is geared more towards fat-burning. Lengthen rest time for more hypertrophy; a longer rest will enable more weight to be lifted.

The burn with the shorter rests is tremendous. If this scheme doesn’t become maddening by the end of the third set, the resistance isn’t heavy enough.

Keep in mind that the resistance will have to be lighter than what you normally would use for complete reps, since the upper portion of the rep produces the least tension on the muscles and therefore allows for heavier weights than partial reps at the bottom of the movement. This technique also works great for bench presses and lat pull-downs.

Hybrid Movements
These are advanced because they make the workout denser: more work in less time. A hybrid exercise fuses two exercises into one, increasing fat-burning, though there is a sacrifice in hypertrophy promotion due to, in part, the weakest link factor of this approach.

For maximal fat-burning, you should target the biggest muscle groups and use a weight heavy enough to induce failure to the weaker muscle group being targeted, by the tenth repetition. A classic hybrid movement is a squat with a shoulder press. The weak link is obvious here: the shoulders.

The shoulders will get taxed far sooner than the legs will, and the more advanced or physically fit a person is, the more likely their legs won’t even be fatigued by the time the shoulders start burning out. To get as much out of the squat as possible, you can go deep with it, maybe “ATG” style: ass to the ground!

Another classic hybrid is the pushup-row. Push up off dumbbells, and after every pushup, row a dumbbell (bent-over-row style), alternating arms. If your rowing conks out long before your pushups do, have a partner place a weight plate on your upper back and see how that goes.

Keeping the plate from slipping off will force you to keep from over-twisting with the rows.

A third and very effective hybrid sequence is a switch lunge with a shoulder press. A switch lunge involves jumping up from a lunge and switching feet in the air, landing on the opposite feet. The lunge can land deeply and the jump can be done high for added intensity, while dumbbells are held at shoulder level or straight-armed at sides, and then pressed up in between jumps.

Hybrid movements are truly designed for crazy fat-burning, but a few here and there can be tossed into a mass building program to help slash body fat as well.

If you want to be a total beast, combine some of these advanced training techniques:

One Reply to “Intensity Building Techniques: Not for the squeamish!”